Now, that the smoke has cleared and the hangover has passed, let’s get to it. Last night, September 8th, 2019, The Black Dahlia Murder kicked ass on stage at The Waiting Room in Omaha, Nebraska.

I showed up early to get a little buzz before the show and catch the opening acts. To get things started Waterloo, Iowa’s, Guilty Of Treason took the stage and set the mood. They’re a good band to check out. Lots of energy with elements of thrash fused with death metal.

Next up was The Rising Plague from Algona, Iowa. (That’s a lot of Iowa bands… so far.) They are a great melodic death metal band to check out. They have a ton of influences in their sound ranging from black metal, doom metal, to brutal death metal. Be sure to give them a listen, you will not be disappointed.

Cruising along, it was time for The Untold Truth to take the stage and they kicked ass! These guys and gals are from Omaha, Nebraska, and are heavy as @#$%! You can check them out on their website. THAT’S RIGHT, THEY HAVE A WEBSITE! www.thetaleuntold.com

To end the night it was time for The Black Dahlia Murder to take the stage and bring this gig home! The place was packed and I was there with my bros getting wasted. So it is a bit of a challenge to write a quality review LMAO! Between TBDM kicking ass on stage and the PBR, Heineken, and Jameson shots… I had a great time.

Afterward, we all ran into the band at the Beercade and got hammered! Until the next time, play that heavy metal loud. 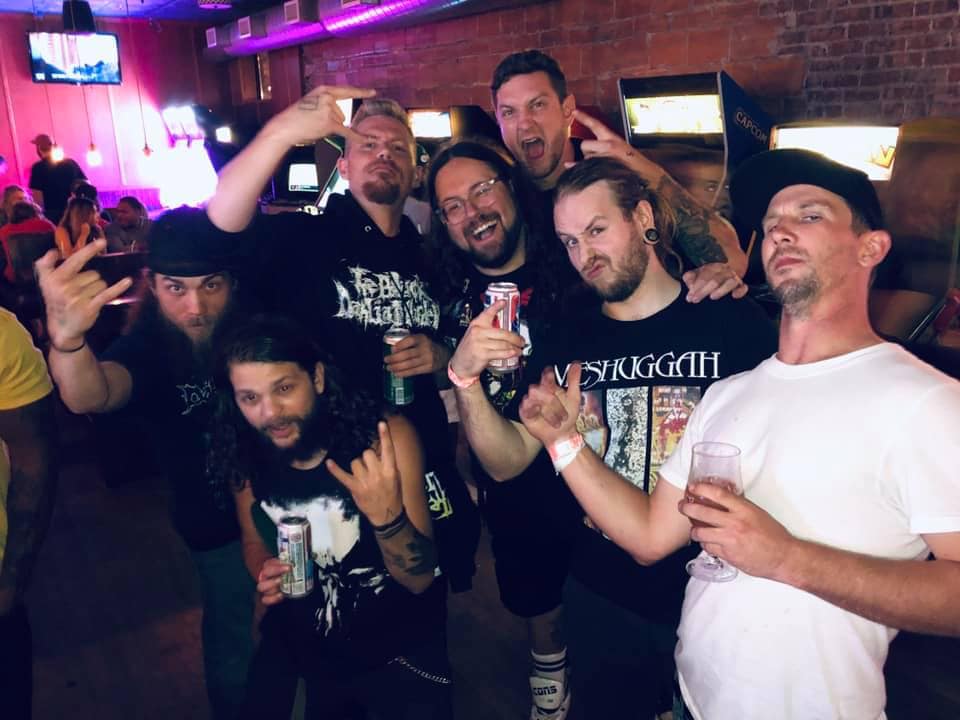