If you haven’t heard the news, Static-X, that’s right, Static-X, has added some extra dates to their “Wisconsin Death Trip 20 Year Anniversary World Tour”. And wouldn’t you know it, they added a Saturday night in Lincoln, Nebraska at the amazing Bourbon Theater! I’m a huge Static-X fan, so I bought my tickets in advance! 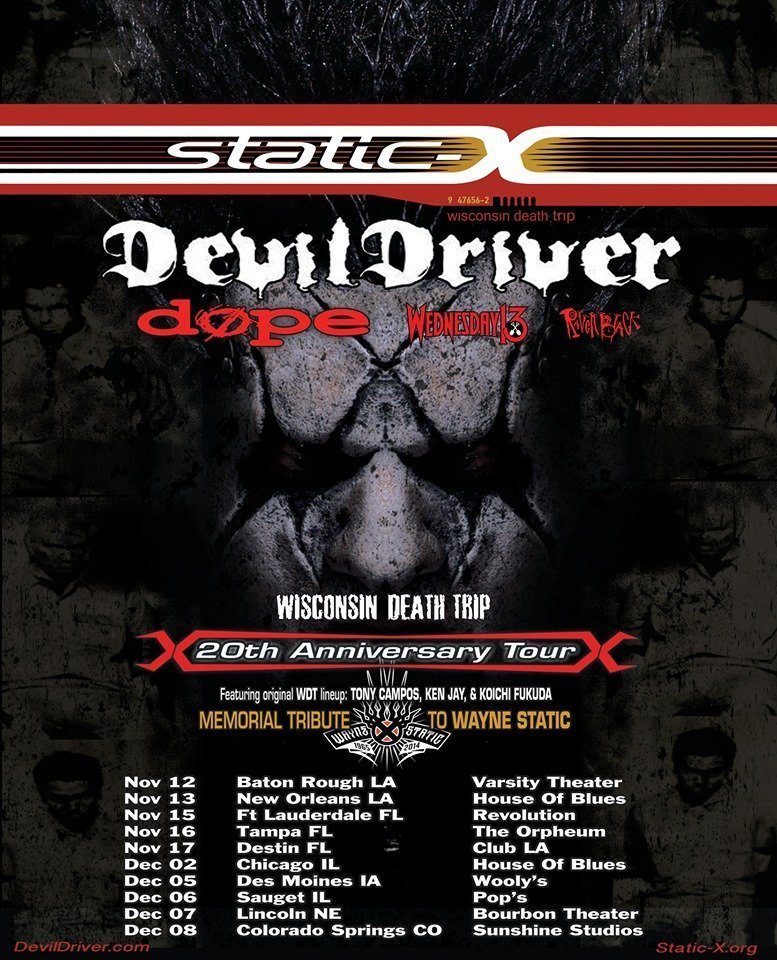 If you love Static-X, I suggest you do the same. Word on the interwebs is this tour is selling out dates left and right… so, move your ass and score some tickets. While we’re on the subject… DevilDriver, Dope, Wednesday 13, and Raven Black will be there. I still have to check out Raven Black and give them a listen, but the lineup is killer.

Some people may think this gig is weird because Wayne Static has passed away, but I think this is an awesome way to celebrate his life. “Wisconsin Death Trip” is one of my all-time favorite albums and the original lineup is back with Tony, Ken, and Koichi. So don’t be a party pooper and let’s party. I’ll leave you with a video to get you in that pre-order buy some tickets mood.