Twenty-five years as a band is a very long time and Hemlock are celebrating by going on a massive tour. The tour started last month on the 20th… go figure… 4/20… haha, but the tour is a rocking all the way through July 21st. That means you still have plenty of time to catch Hemlock doing what they do best! 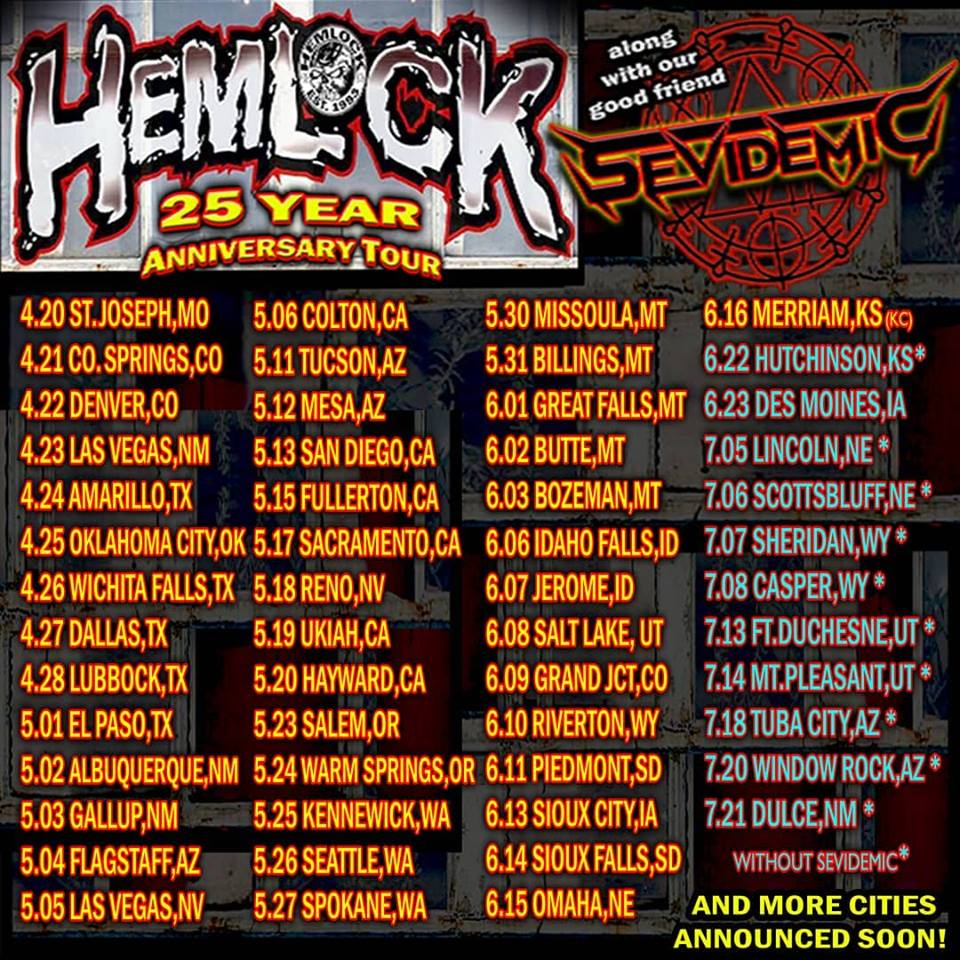 Hemlock is bringing their good friends Sevidemic along for the ride as the tour support opening act. Google them up if you’re interested in checking out their tunes. I’ll see you folks at the Kearney, Nebraska, tour stop at Gillies Bar. You might want to double check the dates as I saw a poster read June 18th, then later I saw a Facebook event read June 21st.

I haven’t been to a Hemlock show in awhile and I suggest you do yourself a favor and check them out. They will rip the roof off a joint the size of Gillies! Here some tunes for you to enjoy.