That’s right, the mighty town of Columbus is going to feel the thunder Friday, April 13th, as Drowning In The Platte and Violent Death Equipment take the stage. DITP is an extreme death metal band that will melt your face into a puddle of steaming piss, they’re pretty f#$%ing heavy.

DITP are masters of the blastbeat percussion arts and their riffs will pierce your eardrums. Violent Death Equipment, on the other hand, has a badass aggressive sound that must be heard. Check out their latest album and you will see what I mean, it’s pro as f#$%. 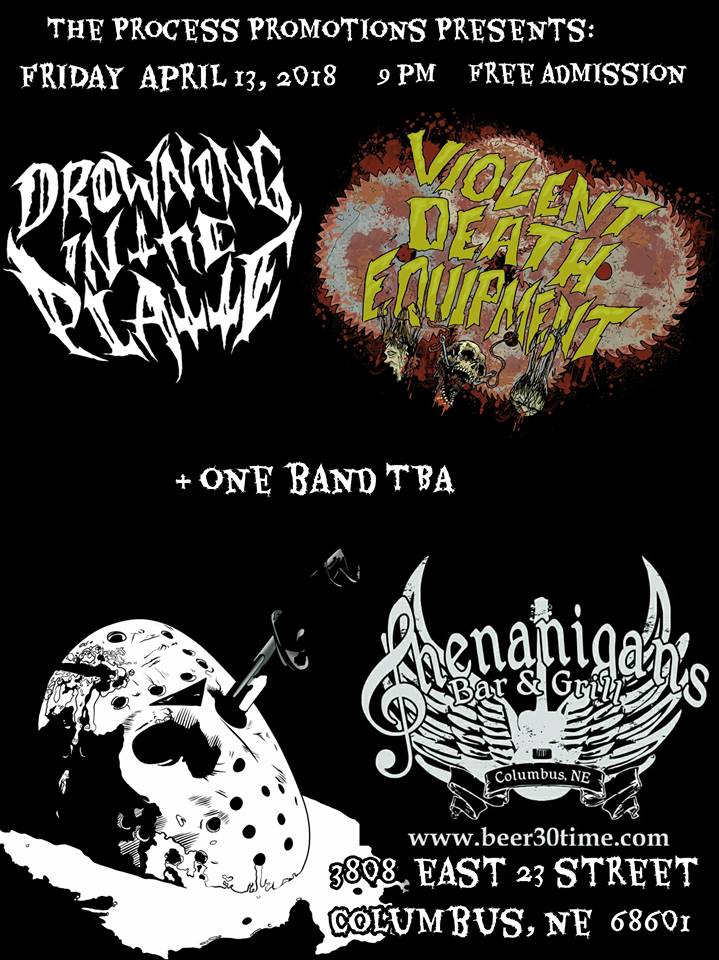 The concert is taking place at Shenanigan’s Bar and Grill and it’s a FREE SHOW! That’s not all, there is one more band to be announced. So keep your eyes on their official Facebook page for more details as they develop.

Enjoy some Violent Death Equipment below.